COVID-19 policies are in effect, until further notice—including mandatory face masks while inside the Museum. (Updated April 21, 2022).

Tickets available at the door or online.

Building for a New Era

Join us on the last Sunday of May for the second edition of an exciting new family program series: Culture Club at MOA.

MOA is honoured to welcome Sdahl Ḵ’awaas, Lucy Bell of the Haida Nation, who will reflect on the issues surrounding repatriation and museum practices, as well as the decisions and actions that led to successful repatriations and the ethical issues museums must face along the path to reconciliation.

Updated: April 21, 2022—MOA is open to the public with new COVID-19 protocols. We continue to work hard to adjust and implement a process to safely welcome our visitors and staff, in accordance with all provincial health directives.

END_OF_DOCUMENT_TOKEN_TO_BE_REPLACED

Curator Spotlight: Marianne Nicolson’s Even Though I am the Last, I Still Count

END_OF_DOCUMENT_TOKEN_TO_BE_REPLACED

Vancouver, BC — October 6, 2016 — The Museum of Anthropology will soon be home to a significant collection of historical and contemporary Indigenous artworks and a new Gallery of Northwest Coast Masterworks, thanks to the generosity of an anonymous donor, the Doggone Foundation and the Government of Canada.

The collection will be housed in a new Gallery of Northwest Coast Masterworks, funded by a $3-million donation from the Doggone Foundation, a Montreal-based charity, and a $500,000 grant from the federal government as part of the Canada 150 Community Infrastructure Program.

Construction of the new gallery is underway and is expected to be completed in time to open to the public by National Aboriginal Day, June 21, 2017.

Along with highlights from the donated collection, the gallery’s inaugural exhibition will also include works from MOA’s collection as well as private and institutional lenders, and will feature the voices of contemporary Indigenous artists reflecting on the significance of the works shown.

Bringing these objects closer to home supports a new generation of First Nations artists who are studying and teaching the historical development of their arts, the creative legacy of past masters and their techniques of production, and ways of interpreting the connection of these works to ancestral stories and cultural practices today.

“These artworks have been on a remarkable journey,” said MOA director Anthony Shelton. “Originally created on the Northwest Coast, they are now back home in B.C. and where they can be shared with the world.” 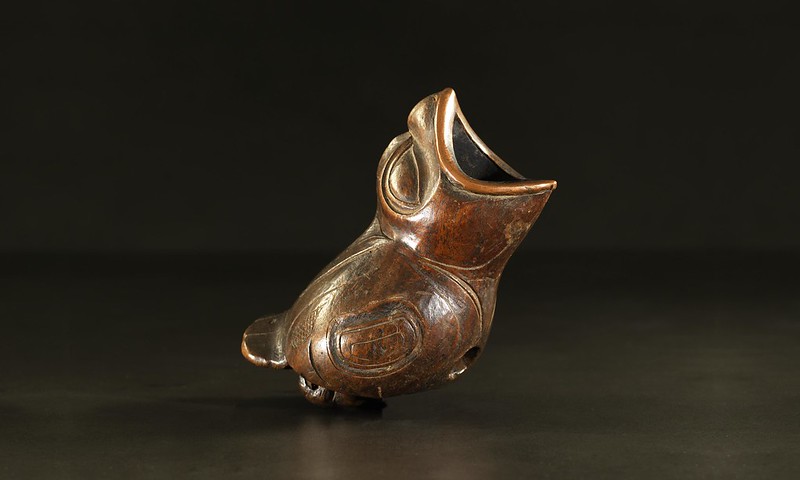